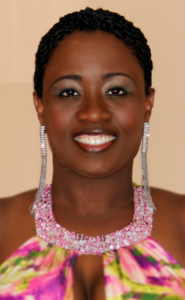 Isabella Piña was born Isabella Toussaint in Dominica.  She was raised in a humble village by her Grandmother, who believed in her.  Her Grandmother’s confidence in her helped Isabella develop a tireless dedication in school.  God’s hand was on Isabella, she excelled in school, and after High School she traveled to the United States (U.S.), shortly after which she enlisted in the United States Army as an Automated Logistical Specialist.

After serving the United States in Korea and Texas as an Enlisted Soldier, she deployed to Bosnia-Herzegovina.  While in Bosnia Isabella returned to the God of her youth – rededicating her life to Jesus the Christ.

While serving the Lord in both the military and in ministry, Isabella became an officer (an Army Nurse), and she served as a nurse (for both God and the Army), in Georgia, Washington, Iraq, and in the Washington DC area.  After 21 years of dedicated service in the U.S. Army, Isabella retired in August, 2015.

Isabella now leads RIPM (Rick and Isabella Piña Ministries), along with her husband, and they both serve the Lord locally under at Victory Christian Ministries International – Virginia, under the anointed leadership of Apostles Tony and Cynthia Brazelton.

God has graced Isabella to preach a Word that inspires.  Her weekly video message (Get Inspired with Isabella Piña), reaches people all over the world, encouraging believers to overcome challenges with their faith and God’s grace.